SHIPPING IS ON US! High oxalate foods to avoid that cause kidney stones

You can't have a conversation about kidney stones without also mentioning high oxalate foods, especially if you've got calcium oxalate kidney stones.
Your doctor is the first line of defense when it comes to choosing your diet and understanding your unique situation, but there are some foods you can decrease or avoid altogether if you're struggling with stones.

Oxalate is a compound that is naturally present in all kinds of foods, including fruits and vegetables, nuts and seeds, grains, legumes, and even chocolate and tea.
A common myth is that cutting out oxalate-rich foods in your diet will reduce the formation of calcium oxalate kidney stones, but given how prevalent oxalate is in our food, "cutting it out" is almost impossible. (Also, probably not the best nutritional advice.)
Most kidney stones are formed when oxalate binds to calcium in urine produced by the kidneys. So, it's important to eat and drink calcium and oxalate-rich foods together during a meal. This way oxalate and calcium are more likely to bind to one another in the stomach and intestines, so the oxalate doesn't get into the blood, and then into the urine, before the kidneys begin processing it, decreasing the chance that kidney stones will form.
Decreasing oxalate intake is not the only strategy to deal with high urine oxalate; increase calcium intake via dairy, since vegetables high in calcium tend to be high in oxalate too.

Which foods should you reduce?

When trying to reduce your oxalate consumption, here are a few foods to consume in moderation:
Spinach Spinach is by far the highest food source of oxalate. A 1/2 cup of cooked spinach packs 755 milligrams of oxalate, and 1 cup of raw spinach has 656 milligrams.
Limiting your spinach doesn't mean crossing off leafy greens though. Try low-oxalate options like romaine, bok choy, and arugula instead. You can also boil spinach for one minute and discard the water before sauteing or adding it to other foods. You'll throw out a lot of the oxalate.
Rhubarb
Rhubarb, with its yummy tart flavor, is known for being an addition to a variety of stellar baked dessert recipes. Sadly though it's near the top of the list of foods high in oxalates. Half a cup of rhubarb has 541 milligrams of oxalates.
Instead of rhubarb, try switching to strawberries! Strawberries are low in oxalates with only 2 milligrams per 1-cup serving.
Buckwheat
Buckwheat, or more specifically buckwheat groats, are often looked at as a "good" carb option. They are gluten-free and can be cooked to eat like rice or added to soups and salads. While often touted as a food that lowers blood sugar and cholesterol, for stone sufferers, buckwheat is one "superfood" to stay clear of.
A 1-cup serving of cooked buckwheat groats provides 133 milligrams of oxalates. White rice, another gluten-free grain, contains only 4 milligrams of oxalates in 1 cooked cup and may be a better carb option to try.
Almonds 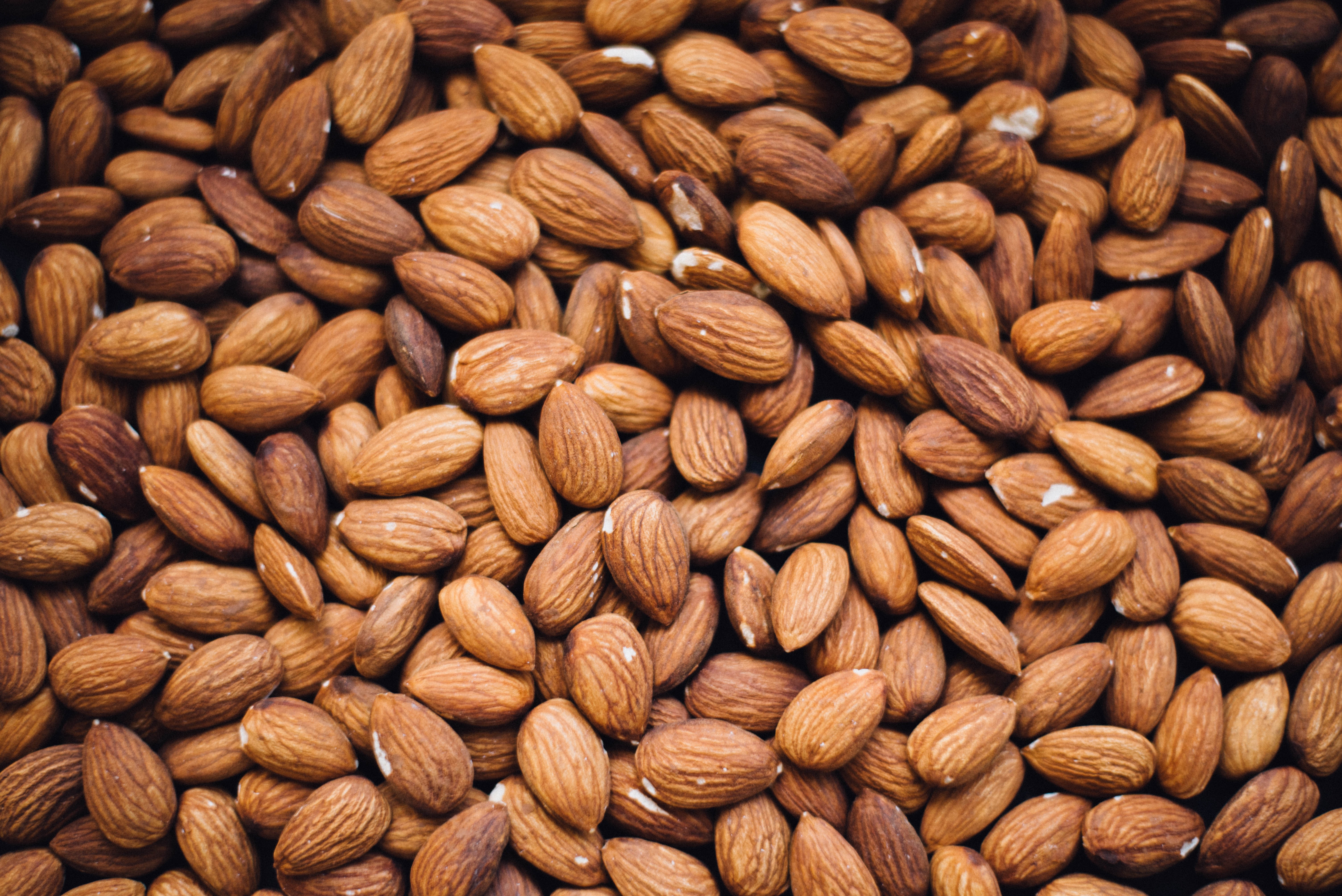 Nuts, seeds, and nut butters can be a nutritious addition to your diet. However, if you're looking to limit oxalate, or are at-risk for calcium oxalate kidney stones, limiting your intake is a must!
Almonds specifically are very high in oxalate. A 1-ounce serving (about 22 almonds) packs 122 milligrams of oxalates.
For your heart-healthy unsaturated fats, try switching to pistachios, which have 14 milligrams of oxalates per a 1-ounce serving (about 48 pistachios).
Baked Potato 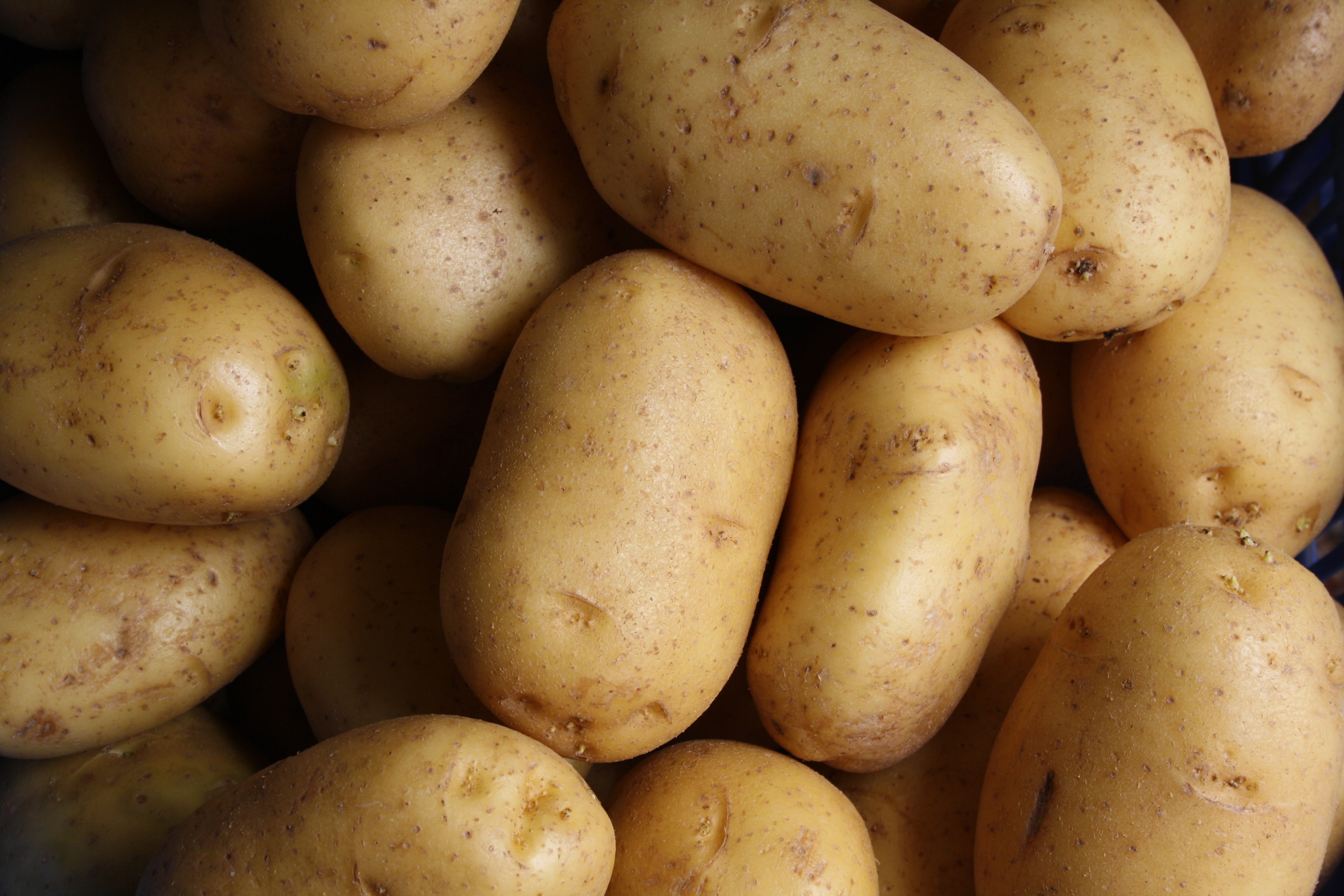 Yes, potatoes are high in carbs but they are also rich in fiber, vitamin C, and potassium. Often a staple of the western diet, potatoes can be found in many common comfort foods and recipes.
However, a medium baked potato with skin contains 97 milligrams of oxalates. When trying to limit oxalates, explore carb alternatives like sweet potatoes. One cup of cooked sweet potatoes contains 28 milligrams of oxalates, which is about one-third less than a baked potato. Again, boil briefly and discard the water before further cooking potatoes, to discard some of the unwanted oxalate.

People suffering from chronic kidney stones should absolutely look to mindfully decrease their oxalate intake. However, diet changes alone won't be enough to stop kidney stones from causing you pain.
A simpler solution could be to add Moonstone Stone Stopper™ for its stone stopping dosage of alkali citrate. Available in capsules, gummies, and powder beverages in a variety of delicious flavors, adding Moonstone's 30mEq dose of alkali citrate (from citrate salts) to your daily routine can help to prevent further stones from forming.
#TryMoonstone
Older Post
Newer Post